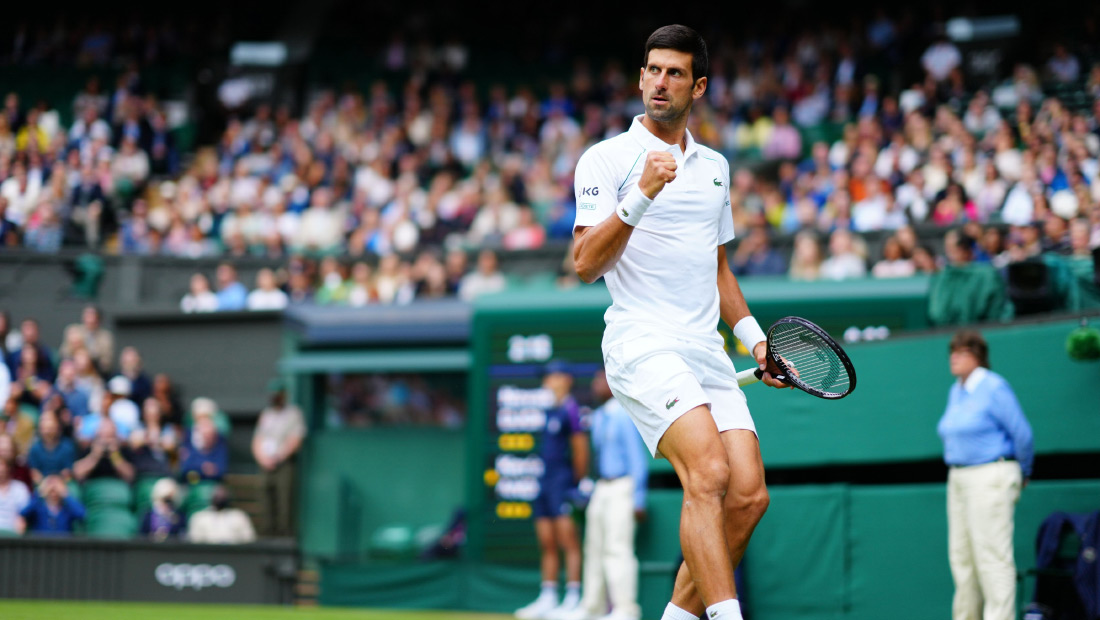 Novak one win from Wimbledon title, faces Berrettini in the final!

Nole is into his seventh final at The Championships with a straight-set victory over Denis Shapovalov.

The five-time Wimbledon champion had to dig deep to overcome the 22-year-old Canadian. Shapovalov showed big heart throughout the match, but Nole withstood the challenge and sealed the win claiming the key points to come on the verge of a record-tying 20th Major trophy.

2016 Wimbledon Junior Champion broke in the third game and held for 3-1 lead, but Novak fought back to level at 5-all and went on to win the tie-break 7-3.

The second and the third sets were also tightly contested. The crucial breaks came in the 11th games. Novak served out the match after two hours and 44 minutes of play.

“I don’t think that the scoreline says enough about the performance and about the match. He was serving for the first set and he was probably the better player for most of the second set,” Djokovic said in his on-court interview. “He had many chances and I would like to give him a big round of applause for everything that he has done today and these two weeks. We’ll see a lot of him in the future. He is a great player.”

The Italian defeated Hubert Hurkacz in four sets to become the first player from his country to reach the singles final at the SW19.

This is the first time Djokovic has advanced to the Wimbledon final with the loss of just one set. A victory in The Championships final would give the top seed his third Grand Slam trophy of the season.

“This is the most special tournament and court in the world to me. There is no holding back once you step out on the court, particularly in the later stages of an event that I always dreamt of winning. The dream keeps going. I’m trying to take the maximum out of my ability in every match. Giving up is never an option. Anything is possible in the finals, Berrettini is serving big and playing big, has a lot of wins on grass. It’s going to be tough,” the Serbian star concluded.