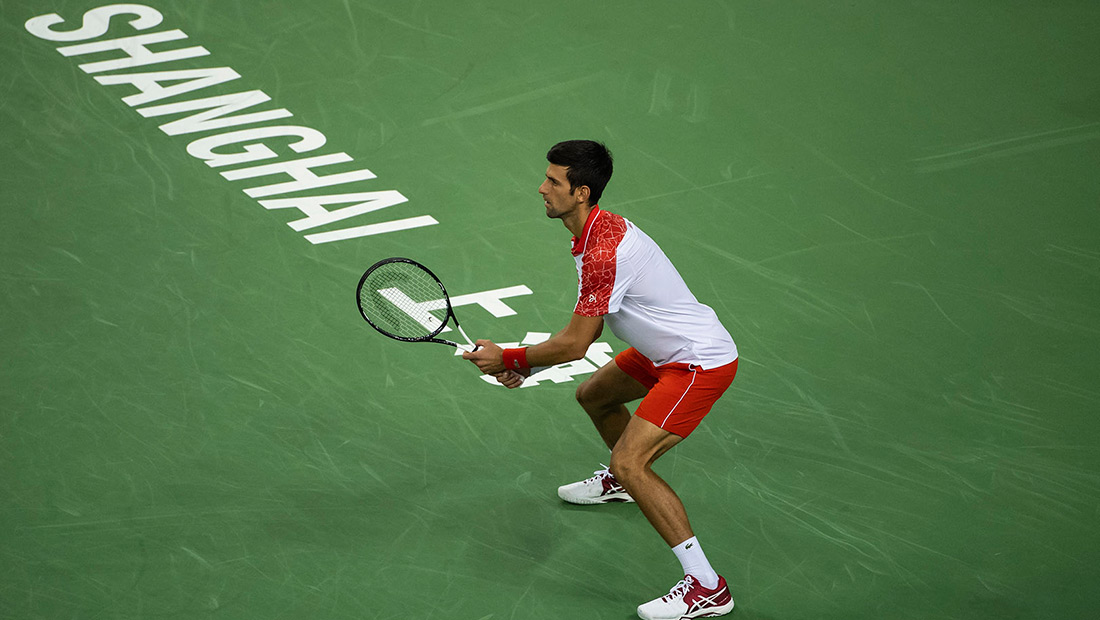 The Serbian star is now 12-0 in matches and 28-0 in sets against the Frenchman.

Novak broke twice in the first set and once in the second, having denied his rival a single break point opportunity during the one hour, 24-minute contest.

“I’m very grateful to play on a high level. I think that I’m very close to my best, you know, and my best changes day to day. I can always strive to be the best I can be on that given day. Today’s performance was pretty close to that,” said Djokovic.