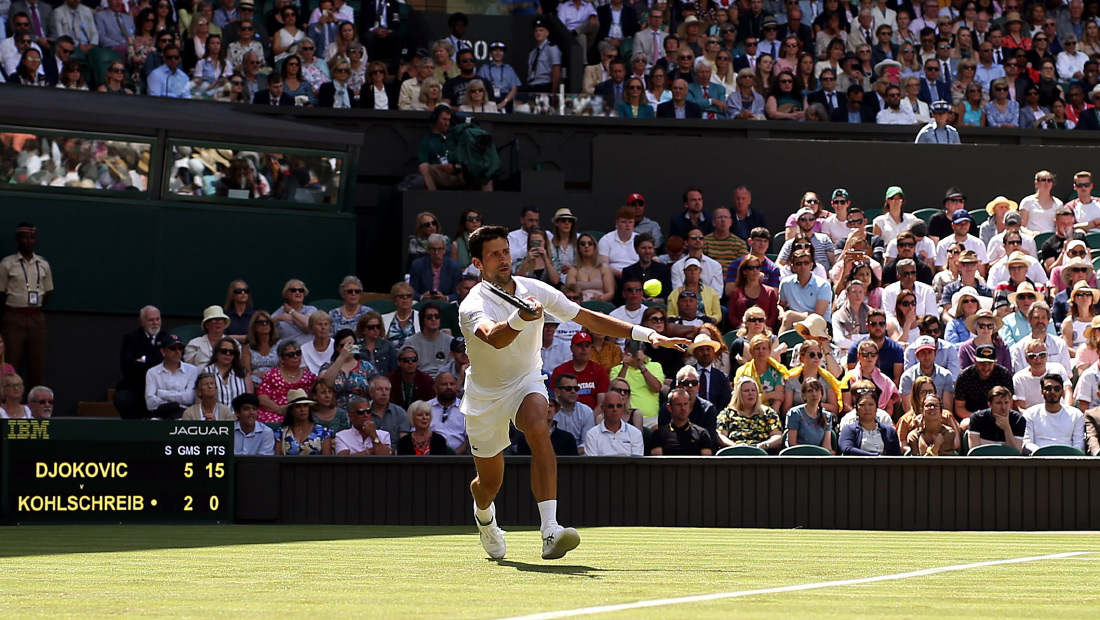 World No. 1 Novak Djokovic got his Wimbledon title defence off to a strong start on Centre Court at The Championships.

Novak defeated the German in two hours and three minutes. The top seed converted six of his 14 break point opportunities and saved three of five break points he faced, extending his ATP H2H series lead against Kohlschreiber to 11-2.

Djokovic won 84% of points on his first serve and was 17/21 on net approaches.

“It felt great to return to Centre Court. It’s a sacred court, the cradle of our sport for sure, it has a very special place in my heart.” Djokovic said. “The first opening rounds are always tricky, especially if you get a quality opponent like Kohlschreiber, who has a lot of experience and beat me earlier this year. I know he is capable of playing some good quality tennis – especially on grass. It was a great test for me. I did win in straight sets, but they were all really close.”

Novak goes on to face ATP no.111 Denis Kudla, in round two on Wednesday.

The American beat Tunisian Malek Jaziri in straight sets on day one. It will be the first career meeting between the two.

Djokovic is aiming for a fifth Wimbledon trophy and a spot alongside Bjorn Borg and Laurie Doherty in fourth place on the all-time list for the most singles titles at SW19.