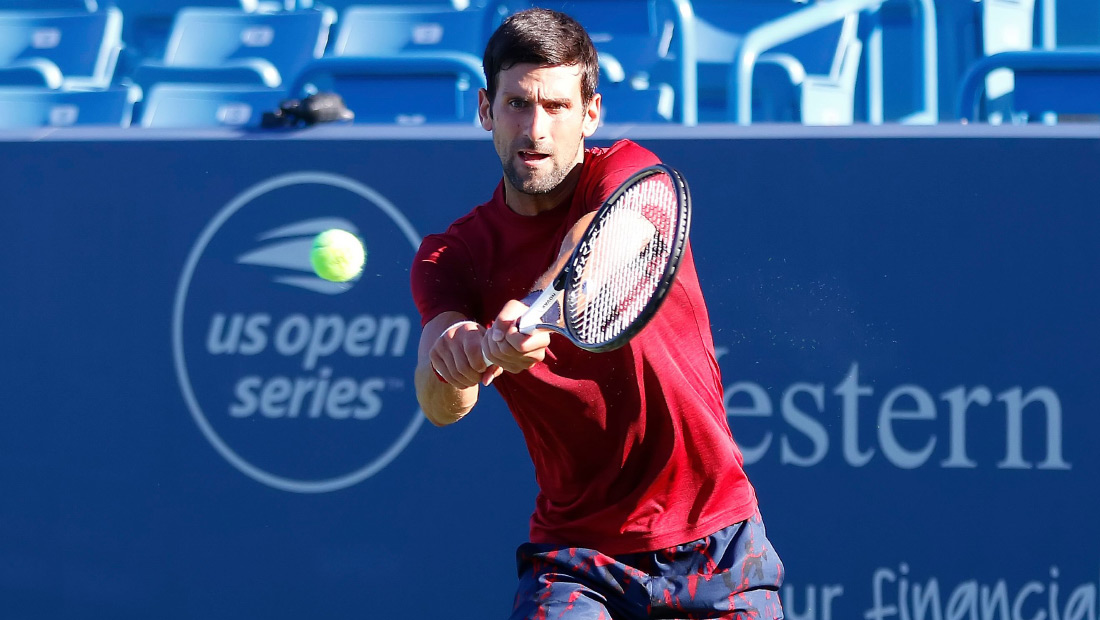 Novak powers past Querrey to reach third round in Cincinnati

Novak has reached the last 16 of the Cincinnati Masters by beating wild card Sam Querrey in straight sets, in one hour and 18 minutes.

Defending champion Novak Djokovic moved into the third round at the Western & Southern Open on Tuesday evening, coming back from a break deficit early in the match to defeat world no.45 Sam Querrey 7-5, 6-1.

Querrey started strong, breaking the top seed in the very first game. The Serbian star broke back in the sixth game to level, and once again in the 12th to take the opening set. The 32-year-old Belgrade native made a double break in the second set to close out the ninth win in 11 meetings with the American.

“The fact that I’m a reigning champion wasn’t affecting me positively or negatively. There was just excitement to be back on the court competing because it’s been quite awhile since the Wimbledon final,” said Djokovic. “But at the same time, I had the nervous start because I haven’t played a match in four weeks. It took a while to adjust to his big game. I made three double faults in the opening game and didn’t have the greatest of starts. It was a tricky match, a quality opponent and a big challenge, but I’m happy to be tested right from the start. Hopefully the next performance will be even better.”

Novak will have a day off before he takes on Spanish qualifier Pablo Carreno Busta (H2H 2-0) for a place in the ATP Masters 1000 event quarter-finals.