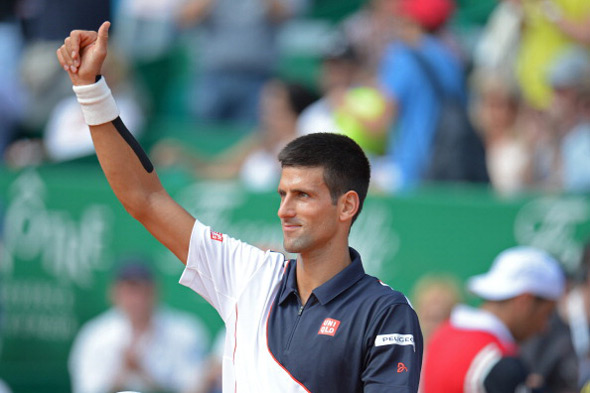 The Serb overcame a slow start to record his 19th win of the season in 2 hrs and 11 mins.

Novak couldn’t find his rhythm in the opening set. The Spaniard used his chances, breaking twice to take a 4-1 lead. Djokovic broke back once, but Garcia-Lopez closed it 6-4.

After fending off break points in the fifth and seventh games of the second set, Djokovic made a break and won it 6-3.

The defending champion stole his rival’s serve three times in the deciding third set to claim his 13th successive victory on the ATP World Tour.

“I changed the tactics in the middle of the second set and I managed to regroup and find the right approach,” said Djokovic. “After that it was a great performance.”

Novak will have opportunity to level the ATP Head2Head series with Roger Federer (SUI, 4) on Saturday when they meet in the semi-finals (16-17).

“Federer has been playing really good tennis in the last couple of months… much better than he did all of last season,” Novak said. “I’ll have to be on top of my game.”

Djokovic is looking to win his fifth Masters 1000 crown in a row, and 19th overall. He has won the last four – Shanghai, Paris, Indian Wells and Miami.

The Belgrade native ended Nadal’s eight-year reign at the Monte-Carlo Country Club last year when he lifted the trophy for the first time. He has a 23-6 tournament record.