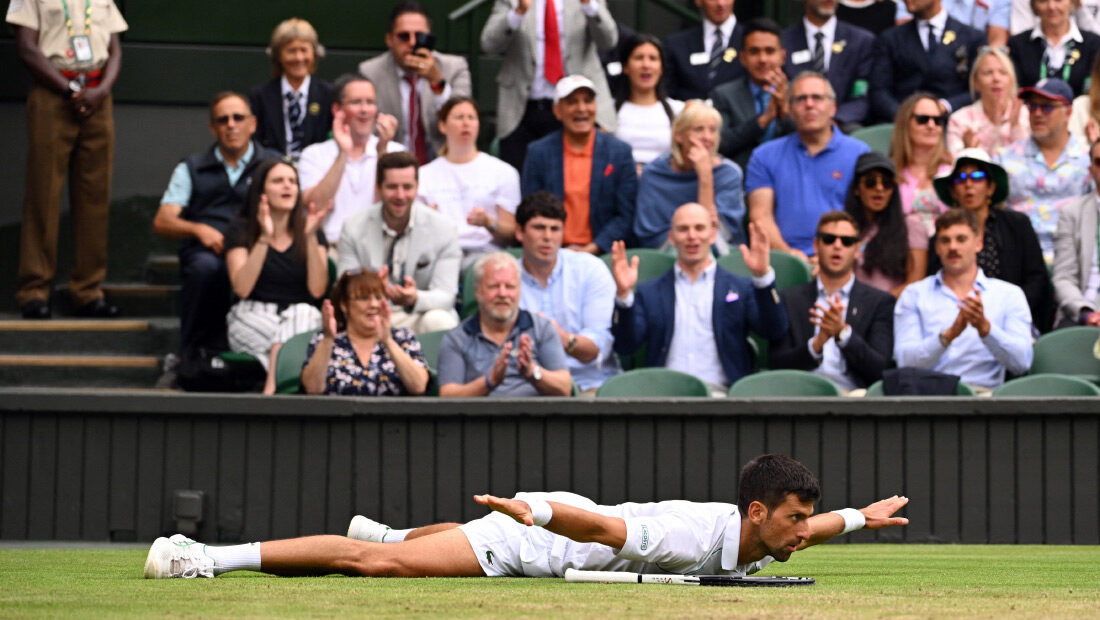 Novak’s bid for seventh Wimbledon title remains on track, but he was made to work hard for victory over Jannik Sinner.

Top seed Novak Djokovic was given a stern examination by the Italian before he progressed into the semi-finals of Wimbledon.

The Serbian star started off in blistering fashion, winning 12 of the first 15 points and cruising to a 3-0 lead in 10 minutes. He went 4-1 up and had a break point in the sixth game, but his opponent fended it off to avoid going a double break down, and that proved a turning point. Sinner broke twice to claim the first set.

The 10th seed continued to put the defending champion under pressure in the second set. He converted his break point chances in the third and seventh games to race to a two-set lead.

Novak showed his superiority in the third, fourth and fifth sets. He used all of his experience to overturn the deficit and reached the semi-finals at Wimbledon for the 11th time.

“The first two sets, we had two different matches compared to the last three. He was the better player for the first two sets. I went out and had a refresh, had a toilet break, I had a little pep talk to myself in the mirror, it’s the truth. Sometimes in these circumstances when not much is happening positively for you, sometimes these things are necessary. A little break to try and regather the thoughts and reassemble,” Djokovic said in his on-court interview. “I was fortunate to start the third set very well. I broke his serve very early. That gave me a confidence boost. I saw a doubt in his game. My experience helped me deal and cope with the pressure.”

For a place in The Championships final, Novak will play Cameron Norrie on Friday.