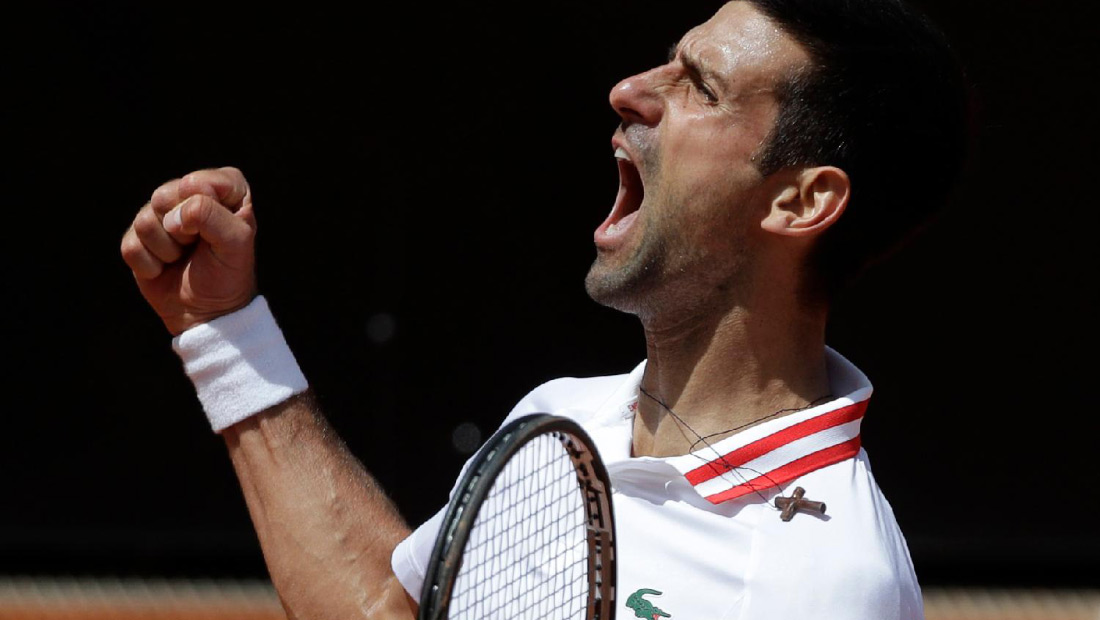 Top seed Novak Djokovic edged Stefanos Tsitsipas in a thriller to clinch the semi-final spot at the Internazionali BNL d’Italia.

The Serbian star, a defending champion at the Foro Italico, came back from a set and a break deficit to seal a memorable 4-6, 7-5, 7-5 win over the fifth-seeded Greek in a three hour, 16-minute match that was played over two days due to rain.

Tsitsipas grabbed a break in the first game and fended off two break chances in game two to cement the lead. Novak got broken again in the fifth game to send his rival 4-1 in front. The five-time Rome Masters champion pulled one break back in the sixth game to reduce the deficit. The match was first interrupted with Tsitsipas leading 4-3. The Athens native took the opening set and the contest was once again suspended with the Greek leading the world no.1 by a set and a break at 6-4, 2-1.

The players returned to the court on Saturday morning. Novak raised his game and broke serve in the eighth and 12th games to force a decider. In a thrilling topsy-turvy third set contest, the two tennis stars had traded breaks twice before Djokovic prevailed by making the crucial break in the 12th game.

“There are many things to say about this match. It kind of felt like we played two matches. Yesterday he was the better player and started better today, but I’ve managed to hold my nerves and break his serve in important moments in the second and third sets,” Novak said in his post-match interview. “Support of the crowd was amazing, it’s great to play in front of them. It was a bit of luck, a bit of mental strength and a bit of the right tactics at the right time. One shot, not even a point, one shot really decided the winner today.”

Looking to reach the Italian Open final for the 11th time, Novak will take on Lorenzo Sonego at 18:30 CET.

Sonego won the only previous meeting against Novak, in 2020 Vienna quarters.

“I have to find the energy. That is why I am here. I haven’t played too many matches this year, so I don’t feel to exhausted. Let’s see how I feel later on the court, but I hope to get another win today,” Djokovic said on semi-final match.