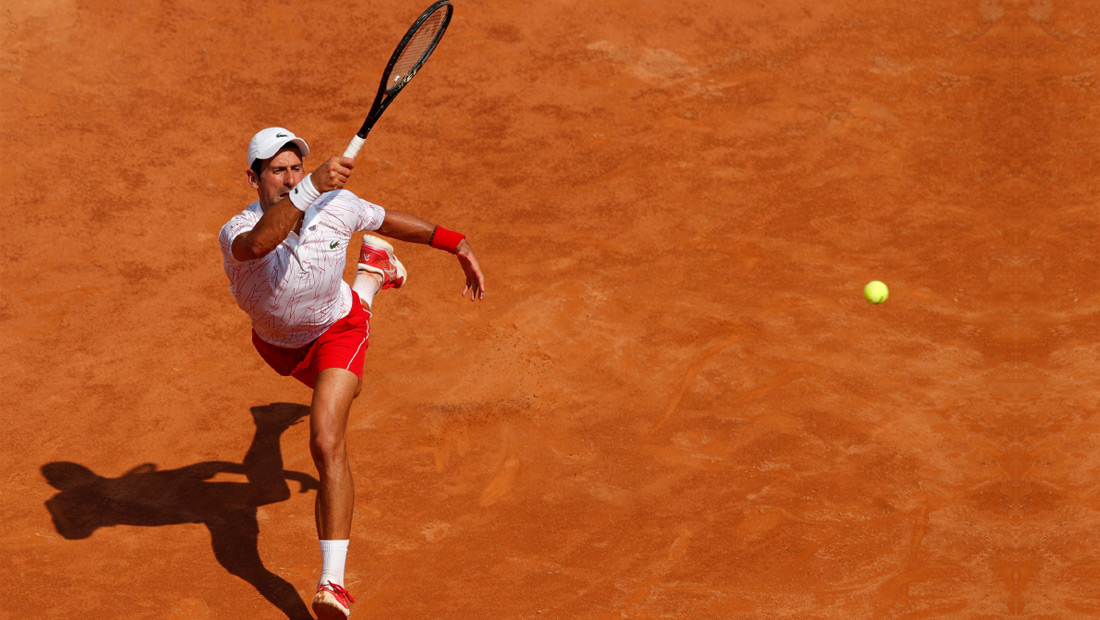 World no.1 Novak Djokovic began his Internazionali BNL d’Italia campaign in Rome on Wednesday, beating Italian wildcard Salvatore Caruso in straights sets, 6-3, 6-2, in his first clay-court match of the season.

The four-time titlist converted three of his eight break point chances, having denied his rival a single break point opportunity during the one hour, 24-minute clash.

Having spent his 286th week at the summit of men’s professional tennis, the 33-year-old now ties Pete Sampras and has only Roger Federer (310) in his sights.