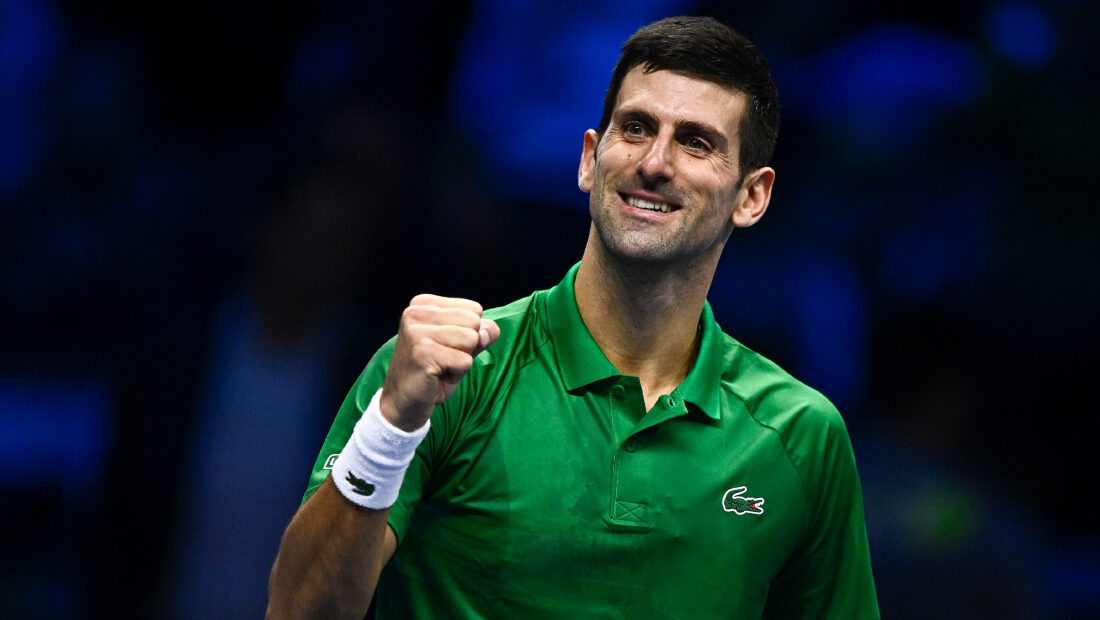 Novak Djokovic remains undefeated at the Nitto ATP Finals this year after a thrilling victory over Daniil Medvedev on Friday afternoon.

It was a high-quality and physically demanding clash, with both players hitting their groundstrokes with brutal accuracy and power.

Novak clinched the first set breaking his rival in the eighth game, before Medvedev responded, taking the second set in a tie-break to force a decider.

Little was separating Djokovic and Medvedev as they continued their battle in the third set. It was the seventh seed who prevailed, overcoming a break deficit and playing a brilliant tie-break to seal his 40th win of the season after three hours and 11 minutes of play.

“Huge relief,” Nole said. “Daniil and I had some battles in the past, I knew it was his last match of the season, and that he didn’t want to finish it with a loss. I didn’t feel physically so well in the third set to be honest. I’m really proud of being able to find the last drop of energy and necessary focus in order to come back into the match.”