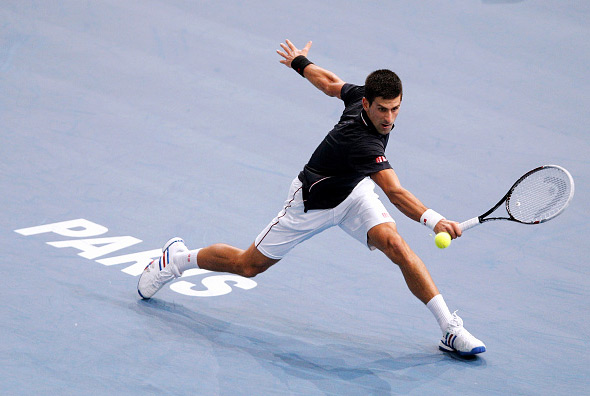 World no.1 Novak Djokovic opened his 2015 BNP Paribas Masters campaign on Tuesday evening with a 7-5, 6-3 win over ATP no.40 Thomaz Belluci.

Belluci broke first, but the Serbian top seed and defending champion fought back with a double break to take the opening set in 57 minutes.

A break in the eighth game of the second set was enough for the 28-year-old Belgrade native to seal his 74th victory of the season.

“Bellucci is someone who likes these particular conditions, likes to create spin, especially from forehand side and plays pretty well,” said Djokovic. “It wasn’t easy to make a lot of winners. He was reaching out and covering the court well. So it was a good test, first indoor match for me.”

In the third round on Thursday, Novak will play against no.14 seed, Frenchman Gilles Simon (8-1 H2H).

The three-time Paris champion is attempting to become the first player in ATP World Tour Masters 1000 history (since 1990) to win six 1000-level titles in a season.