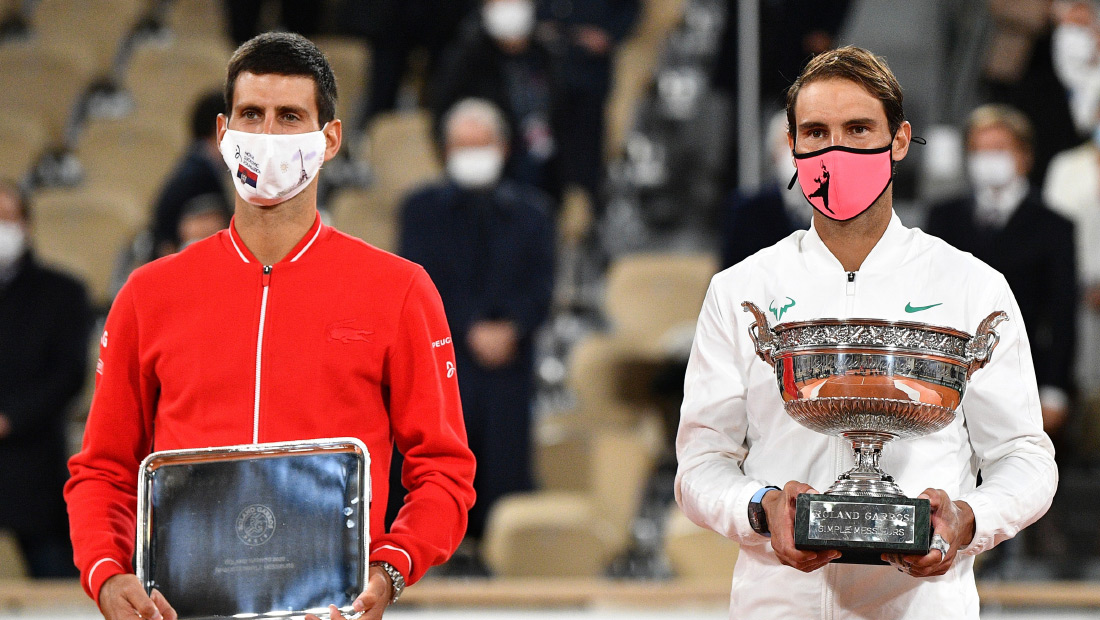 The 2020 French Open came to a conclusion with a grand final between the two eternal rivals. Nole came up one victory shy of 18th major trophy.

Nadal produced a masterclass under a closed roof on Court Philippe-Chatrier, putting the Serbian ace under pressure in every service game. On the other hand, Novak struggled to find the right rhythm against his impressive opponent. He was broken three times in the first set and twice in the second to fall two sets behind.

The 34-year-old Spaniard broke Novak’s serve to love in the fifth game of the third set. Djokovic fought back immediately, breaking for the first time in the match. However, Rafa earned another break point chance in the 11th game and capitalised on it, then served it out for the historic victory.

It was the 56th career H2H meeting between the two tennis greats (Novak leads the series 29-27) and their eighth clash on the Parisian terre battue (Nadal leads 7-1).

“I want to say a huge congratulations to Rafa, your team and your family. What you are doing on this court is unbelievable and not just on this court. Today you showed why you are king of the clay. I have experienced it,” said Novak. “I am not so pleased with the way I played, but I was definitely outplayed by a better player on the court today. It’s been a fantastic couple of weeks. The situation is very difficult for everyone worldwide but we have the possibility to play the sport we love. Thank you to everyone who made this tournament possible.”

Djokovic was aiming to clinch his 18th major crown and to become the first man in the Open Era to win all four Grand Slam titles on multiple occasions.

Novak received a wild card for ATP 500 event in Vienna, where he lifted the trophy in 2007. It will be his third appearance at the Erste Bank Open.