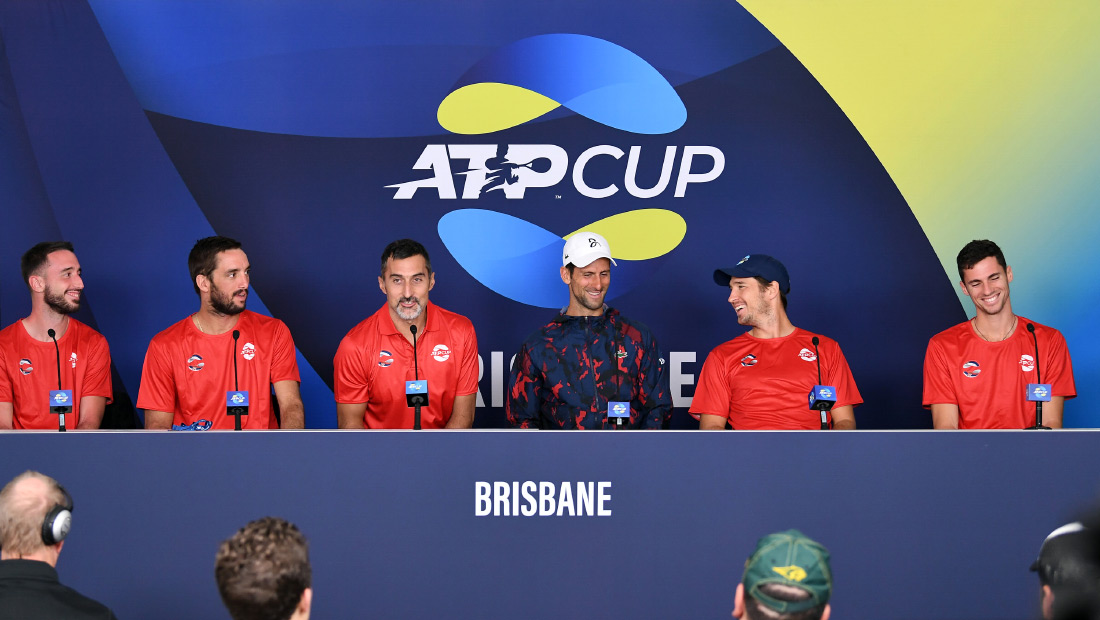 Novak carried Serbia to a place in the ATP Cup Final 8 on Monday night in Brisbane.

Novak was dominant against Gael Monfils. The Serbian star forced a deciding doubles match against France at the ATP Cup in Brisbane.

Novak returned to Pat Rafter Arena for the deciding doubles match with Viktor Troicki against Nicolas Mahut and Edouard Roger-Vasselin. The Serbian pairing recorded a 6-3, 6-7 (5), 10-3 victory, carrying Serbia into the quarter-final stage.

Before quarter-finals, Serbia will play their third tie in Group A, against Chile, on Wednesday at 01:00 CET.