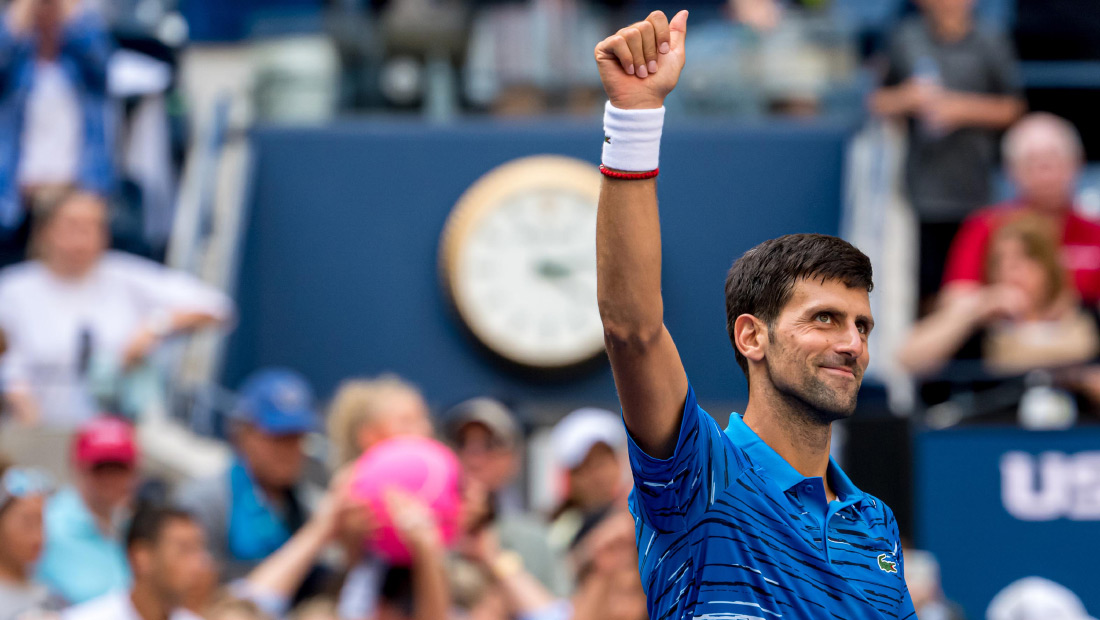 There was no slow start for Nole on Friday evening, as the Serbian star surged into the last 16 at the US Open.

Top seed and reigning champion Novak Djokovic ousted Denis Kudla 6-3, 6-4, 6-2 in two hours and three minutes under the lights of Arthur Ashe Stadium to reach the fourth round in New York for 12th time.

It was a masterclass performance by the world no.1 who came out firing right from the start. He broke Kudla in the fourth game en route to wrapping up the first set.

A break in the fifth game of the second set was enough for the Serb to grab two-sets-to-love lead.

Novak was in total control, sailing smoothly towards the triumph. He opened the third set with a break and added one more in the seventh game before closing out the match when he served out to love.

The Belgrade native won 81 percent of points on his first serve and rushed to the net 20 times, capitalising on 15 of those chances.

Novak saved all seven break points he faced and converted four of nine break point opportunities, improving to a 2-0 H2H mark against the American.

“I managed to play almost pain-free,” he said. “That’s a big improvement. I am pleased with the way it went.”

Nole earned his 72nd victory at Flushing Meadows, moving past Pete Sampras into fifth place for most US Open match wins in the Open Era.

For a spot in the US Open quarter-final, Novak will take on 2016 titlist Stan Wawrinka on Sunday. Wawrinka defeated Italian Paolo Lorenzi in straight sets earlier in the day.

Djokovic leads their ATP H2H rivalry 19-5, but the Swiss won their most recent battle in the 2016 US Open final.

Novak is pursuing a fourth title at the US Open and 17th major trophy overall.