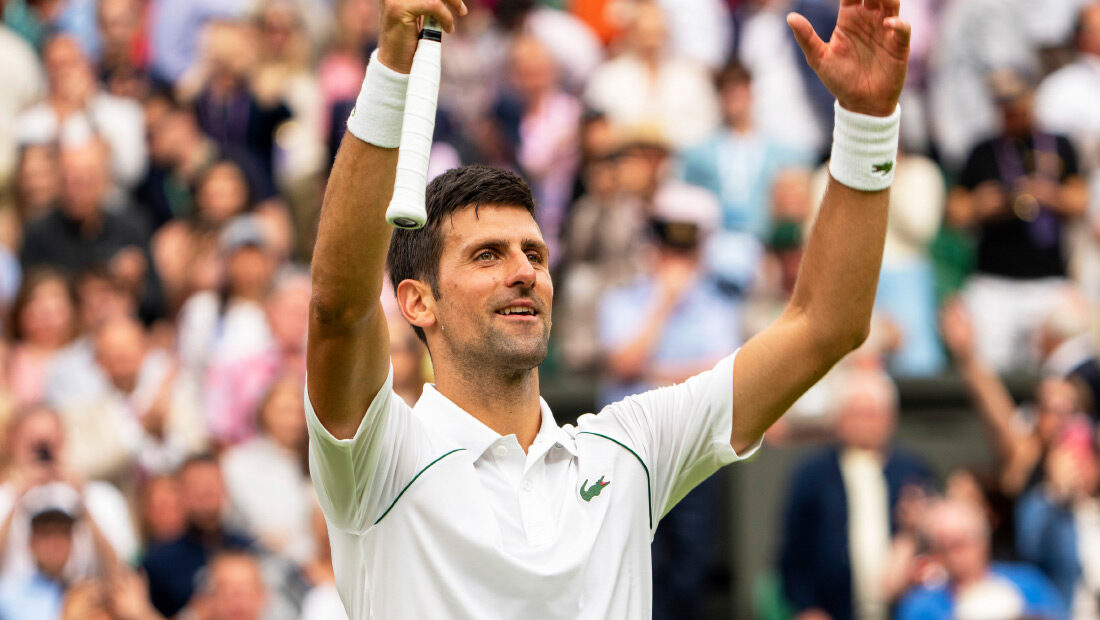 Wimbledon: Novak perfect against Kokkinakis, faces Kecmanovic in Round 3

Superb display from defending champion against Kokkinakis on Wednesday.

Top seed Novak Djokovic eased past Thanasi Kokkinakis in straight sets, 6-1, 6-4, 6-2 on Centre Court to reach the third round at The Championships.

The 35-year-old Serbian star was imperious from the start against the world no.79. He converted five break points and did not face a break point until he was serving for the match at 5-2 in the third set.

The six-time titlist recorded a two-hour victory and extended his winning-streak at London grass to 23 matches.

“I’m very happy with my performance today,” said Djokovic. “I started off very well, very solid from the back of the court, made him work for every point that I managed to get his serve back in play. I tried to work him around the court, bring a lot of variety in the game. It was not easy to serve because of the wind, it was very swirly today on the court, so tough to toss the ball. But I think from my side overall, a really high-quality performance and I’m very pleased. I must say that I’m quite pleased with the way that I raised the level of tennis in two days. Hopefully I can keep that trajectory, keep getting better as the tournament progresses. I’m just thinking about the next challenge and hopefully things will get better and better.”

In his bid for a fourth consecutive Wimbledon title and seventh trophy at SW19 overall, Novak faces compatriot no.25 seed Miomir Kecmanovic (H2H 2-0) on Friday.