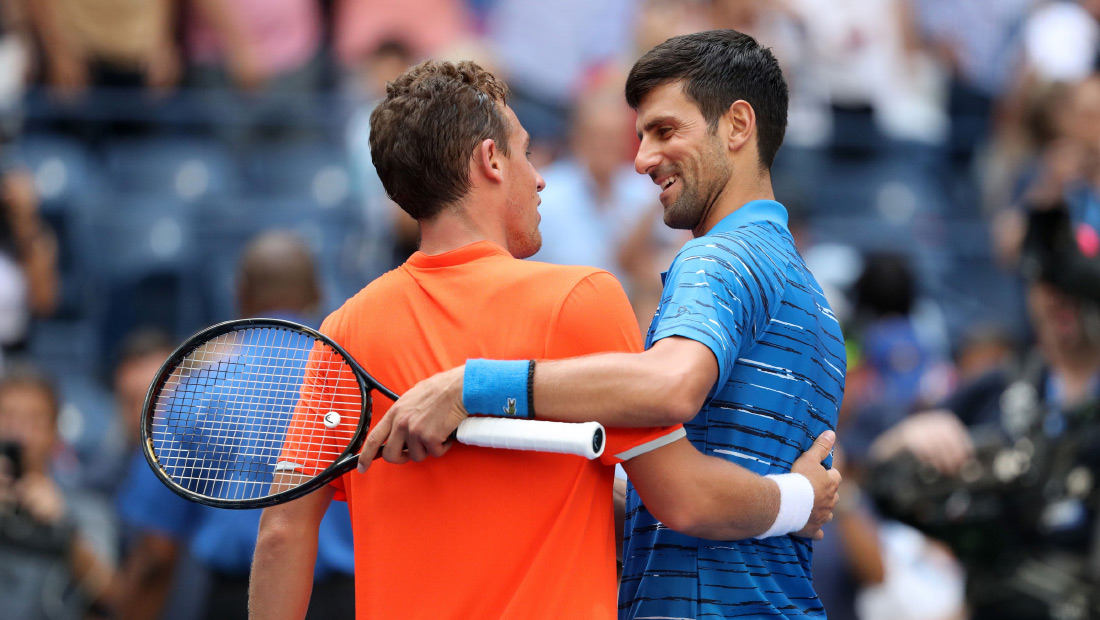 Defending champion Novak into second round of the US Open

Top seed and defending champion Novak Djokovic advanced into the second round of the US Open, following a 6-4, 6-1, 6-4 win over Roberto Caraballes Baena of Spain on Monday.

Novak converted four of his 11 break points, having denied his rival a single break point opportunity during the one hour, 52-minute clash on Arthur Ashe Stadium.

The world no.1 won 84% of his first-service points, and 23 of 29 net approaches. He now owns a 70-10 record at the Billie Jean King National Tennis Center.

“It’s great to be back. I’m quite pleased with my performance and looking forward to the next round,” said Djokovic. “I know what I need to do to keep going.”

Djokovic arrived in Flushing Meadows with his sights set on a 17th Grand Slam crown, which, if achieved, would bring him to within one title of second-placed Rafael Nadal (18) and three shy of all-time leader Roger Federer (20).