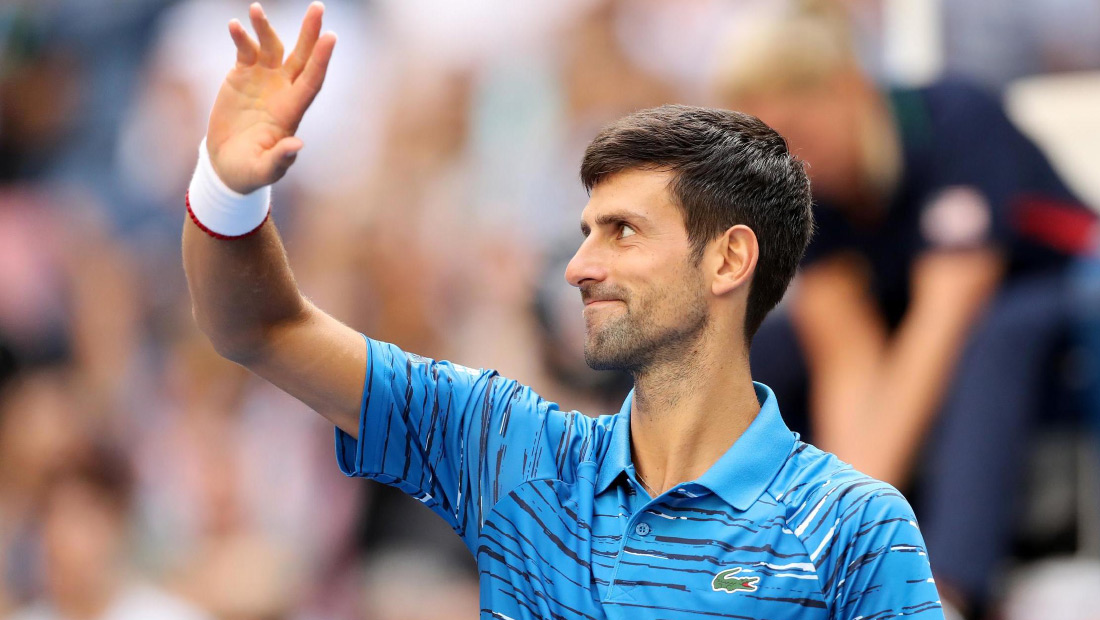 Novak’s US Open title defence came to a halt on Sunday when the Serb retired from his fourth-round match against 23rd seed Stan Wawrinka with an injury.

Defending champion Novak Djokovic has retired from the 2019 US Open. The Swiss led, 6-4, 7-5, 2-1, when the 16-time Grand Slam titlist stopped play after one hour and 46 minutes due to a left shoulder injury.

The two were facing off for the first time since the 2016 US Open final.

Novak suffered a break in the fifth game and the Swiss clinched the opening set. The world no.1 righted his ship to begin the second set, breaking his rival to take a 3-0 lead. Wawrinka broke back in the seventh game, and once again in the 11th, then earned a two-set advantage by holding serve.

Djokovic received treatment on his left shoulder after the second set, and was broken at love in the third game to trail 2-1. He tried until the end, but was not able to finish his match.

“It is frustrating. Very frustrating. Obviously not the first, not the last player to get injured and to withdraw from one of the biggest events in sport,” Djokovic said. “But obviously I just came off the court, so of course it hurts. I congratulate Stan, I don’t want to talk about my injuries. I hope I’ll be healthy, I like my chances for the rest of the season. I hope I can play for many more years.”

Should the recovery go well, Novak will make his debut at the Rakuten Japan Open Tennis Championships.

The longest-running ATP Tour tournament in Asia, first held in 1972, is taking place in Tokyo from September 30 to October 6.

The ATP 500 event is played at the Ariake Colosseum, an expansive tennis centre comprising 48 courts and a stadium with one of the first retractable roofs in tennis.