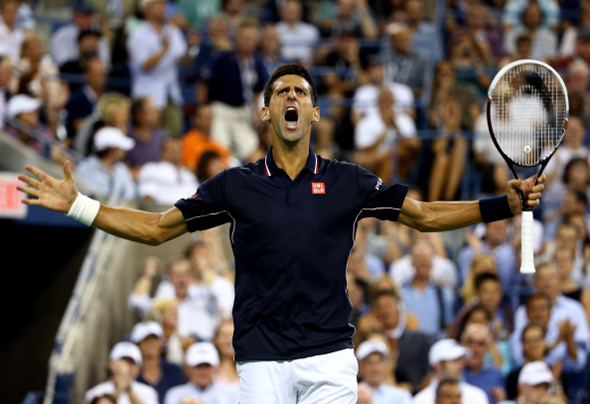 After dramatic opening two sets, Novak took over control in the second half of the match to record his 50th win at Flushing Meadows in three hours and 32 minutes.

Andy and Novak traded breaks twice in the first set, with the Serb sealing a tie-breaker 7-1 in 73 minutes.

Djokovic was up a break twice in the second set, but Murray regrouped in time to force a tie-breaker. In the reversal of the 1st set decider, Andy took the set 7-6 (1) to even things up.

The seven-time Major champion took the third set in a brisk 36 minutes, breaking the 2012 titlist in the fourth and eighth games for 6-2.

Nole faced a break point in the first game of the fourth set, but recovered and held with an ace to take a lead. He made a crucial break in the 10th game for 6-4.

“It was a very physical battle in the opening two and a half sets. I didn’t expect anything less before the match, knowing I was facing Andy,” said Djokovic, who broke 7 times and saved 12 of 16 break points he faced. “The last five times we’ve always gone over three, four hours. I’m very glad to get through to another semi-final.”

It was the 21st career meeting between the two, Novak leads their ATP H2H series 13-8.

In the semi-finals on Saturday, Novak will face no.10 seed Kei Nishikori. The Shimane native is the first Japanese player to reach the US Open last 4 since 1918.

Djokovic and Nishikori are tied 1-1 in their H2H series.

Looking ahead to this match-up Novak said, “We haven’t played against each other for a while. He’s a very talented player who has been Top 10. He’s very fast all over the court and serves well for his height. I’m expecting a tough one.”

Nole will be looking to reach his sixth final in eight years. He won title in New York in 2011.