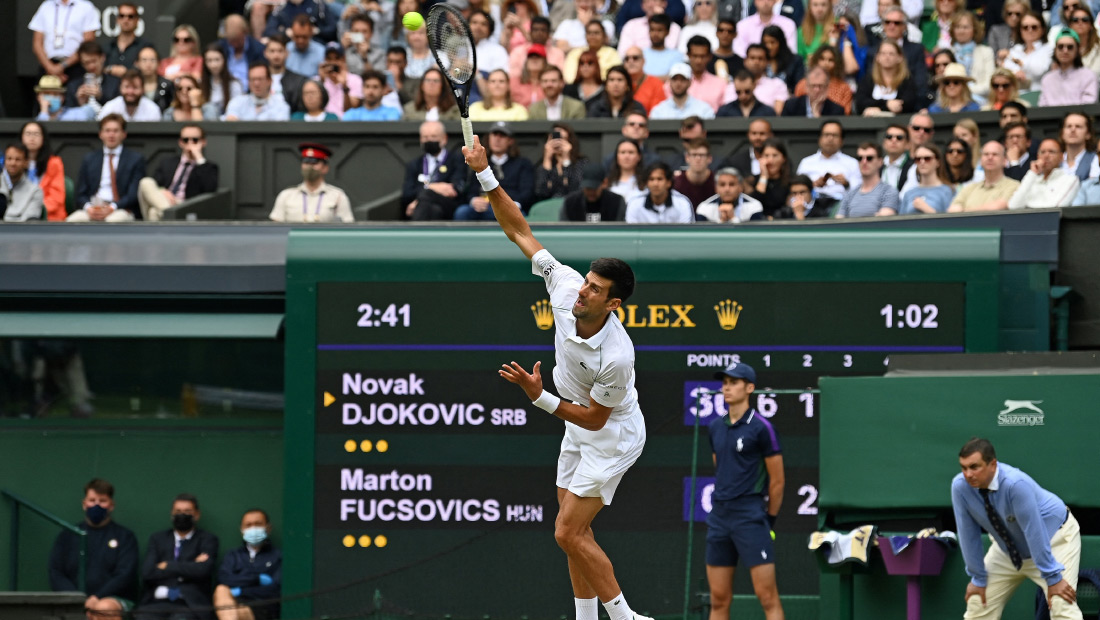 World no.1 Novak Djokovic continued his quest for a third consecutive Wimbledon title with a straight-sets 6-3, 6-4, 6-4 quarter-final win over unseeded Marton Fucsovics on Centre Court.

“I’m aware of certain stats and obviously I love this sport with all my heart, body and soul,” said Djokovic. “I’ve been devoted to this sport since I was four and sometimes things do look surreal, but I try to live in the moment and not take anything for granted. Going for history is a huge inspiration for me.”

Novak raced to a 5-0 lead with two early breaks. The Hungarian broke back once, but that was the only lapse in Djokovic’s concentration during the match. He was rock solid in the remainder and broke on two more occasions to seal the victory.

“I think it was a solid performance. I started off really well and didn’t make too many things wrong in my game in the first six games of the match,” Novak said on his latest performance. “Then one break of serve in the second and third was enough to clinch the victory today. I have to give credit to Marton for fighting and hanging in there, he has had a great tournament.”

Djokovic, who is eyeing a record-equalling 20th Grand Slam trophy, will face no.10 seed Denis Shapovalov on Friday.

Shapovalov beat Karen Khachanov in five sets to book a spot in his first Major semis.

Novak holds a perfect 6-0 H2H record against the Canadian.