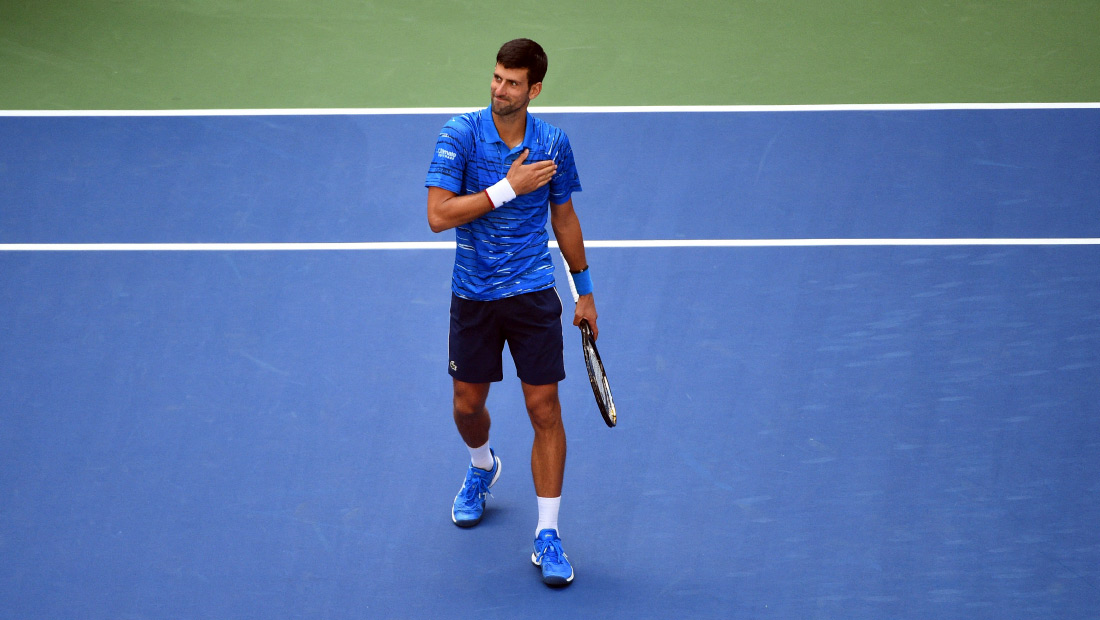 Defending champion Novak Djokovic is through to the third round of the US Open after beating world no.56 Juan Ignacio Londero in straight sets, 6-4, 7-6 (3), 6-1, despite carrying a shoulder injury throughout the match.

The top seed handled the big hitting Argentine to progress in two hours and 15 minutes under the Arthur Ashe Stadium roof.

Novak fell behind a break in the opening set but broke right back and once again in the 10th game. The Belgrade native was bothered by his left shoulder and received treatment during the 4-3 changeover and again after the first set.

“It wasn’t easy to play with the pain, but I had to find a way. It was definitely affecting my serve and backhand, but I don’t want to talk about it too much,” Novak said. “It’s not the first time I face this kind of challenge.”

Londero made a double-break for 3-0 lead in the second set, but Nole fought back and went on to take the tie-break 7-3, earning two sets to love lead.

The world no.1 dominated the remainder of the match, hitting only six unforced errors in the third set, compared to 15 in the first and 14 in the second.

“I want to congratulate Londero for showing a great fighting spirit and playing some great tennis tonight. It’s a straight-sets win but it was definitely a very difficult match to play. A lot of rallies, especially in the first couple of sets.”

Next up for Novak is ATP #111 Denis Kudla (H2H 1-0). The American eliminated Dusan Lajovic.

The 32-year-old Serbian star is going for his fourth US Open title and third Major crown of the season.